Tactogen opposes proposed ban of five tryptamines
Tactogen, in collaboration with Mindstate Design Labs, has formally filed our opposition to a federal proposal to ban five tryptamine derivatives. These compounds do not present significant public health risks. On the contrary, they present significant opportunities to advance science and medicine. The proposed ban would needlessly slow this useful research, while adding to an obsolete system that inappropriately uses policing to address health concerns. We have accordingly requested a hearing and suggested that the government either continue to regulate the compounds without change or to only add controls that are appropriate for nonaddictive, low risk, low toxicity compounds.
There is inadequate justification for changing the current status
It is already illegal in the U.S. to sell any of these five compounds for human consumption and it is illegal to consume any of them. The rationale for additionally regulating the compounds is simply that they resemble, in structure and some effects, already banned psychedelic compounds such as LSD and DMT. Yet psychedelics including LSD and DMT are currently being investigated for their medical value. Initiating this research has required extraordinary sustained effort because psychedelics are overregulated. Thus, the proposed ban on the five compounds appears to be doubling down on a bad decision to overregulate psychedelics.

It is important to ask why the government is acting now, when there are rapid advances in understanding the therapeutic value of psychedelics and related compounds. The government has provided no explanation. The DEA proposal to ban these compounds is itself based on reports that the Department of Health and Human services sent DEA in 2012. Despite having these reports in 2012, the DEA chose not to act on them for a decade. This failure to act suggests that the DEA recognized the compounds are not a significant public health risk.

The compounds' ongoing obscurity further underscores that they are of little risk to public health. All five compounds were described in the scientific literature by 1985. None have become notable problems since then. Cases of people developing health problems after using these compounds are vanishingly rare. The compounds are also not being confiscated to any significant degree. Thus, their ban cannot be justified based on public health.
If change is warranted, there are options that are less restrictive than what DEA proposes
The DEA is not required to overregulate psychedelics. They could instead regulate them in a manner akin to prescription drugs that require some restriction. In the recent past, lorcaserin, a compound with psychedelic effects, was approved as a weight loss aid and placed in the same Schedule IV regulatory category as Provigil and Xanax. Experts on psychedelics at Johns Hopkins University have suggested that the psychedelic psilocybin should be similarly regulated (Johnson et al. 2018).
The proposed changes would make research on many compounds burdensome
The five compounds that the DEA proposes to ban are N,N-diisopropyltryptamine (DiPT, described by Shulgin and Carter 1981), 4-hydroxy-N,N-diisopropyltryptamine (4-OH-DiPT, Repke et al. 1977), 5-methoxy-alpha-methyltryptamine (5-MeO-AMT, Shulgin & Nichols 1978), 5-methoxy-N-methyl-N-isopropyltryptamine (5-MeO-MiPT, Repke, Grotjahn, & Shulgin 1985), and 5-methoxy-N,N-diethyltryptamine (5-MeO-DET, Glennon and Gessner 1979). The mechanism by which the DEA would ban the substances is by placing them in Schedule I of the 1970 Controlled Substances Act.

This ban would add burdensome regulation and needlessly slow scientific and medical research (e.g., Nutt, King, & Nichols 2013). The ban would make it so that individuals and organizations would need to obtain special DEA permits in advance for each project and at each location that uses these compounds and then follow complex regulations for storing and handling them. These regulations apply even for experiments in petri dishes where the amount of a compound used is so small that it would have no noticeable effects if it were somehow diverted from the laboratory to illegal human use.

In addition, the same burdensome rules will be automatically applied to approximately 90 other compounds. This is because the DEA interprets the underlying law so that a ban on one compound also covers select substances with similar chemical structures that are called positional isomers. Many of these positional isomers are not psychedelic or even psychoactive. Some have promise as medicines. Others have never even been characterized and their medical potential is unknown. If the DEA proposal is implemented, it is likely that many will never be tested. For example, if 5-MeO-MiPT is banned, then the non-psychoactive 6-MeO-MiPT will also be automatically banned. We know that 6-MeO-MiPT is not psychedelic (Repke, Grotjahn, & Shulgin 1985), but we do not yet know if it shares useful properties with related compounds that have been shown to reduce inflammation, increase neuroplasticity, or improve depression. If the proposed changes are made, we may never know.
How would the proposed changes affect Tactogen?
Tactogen is primarily focused on developing brand new compounds as medicines. We are far enough along in this process that the proposed regulations would not affect our ability to begin clinical trials. However, it would affect our ability to conduct basic research.

Tactogen has been studying 5-MeO-MiPT because, in low doses, it has non-psychedelic effects that are reminiscent of the drug MDMA, which is a promising treatment for PTSD (e.g., Mitchell et al. 2021). In the terminology of science, we are using 5-MeO-MiPT as a positive control, which is a compound that is already known to produce an effect of interest. Compounds known to produce MDMA-like effects without increasing extracellular serotonin are very rare and we are not aware of legal alternatives to 5-MeO-MiPT.

If the proposed changes are enacted, it would be impractical for Tactogen to continue to study 5-MeO-MiPT. As a modern, distributed company, we collaborate with numerous laboratories that each have the ability to run specialized tests. Studying a Schedule I controlled substance would require each laboratory obtain a license for the substance. This process would be slow and expensive and some partner laboratories would be unwilling to take on the additional burdens.
About us
Tactogen is joined by Mindstate Design Labs, a Pennsylvania based company that develops psychedelic therapeutics for intractable mental health conditions. Its website is at mindstate.design.

Shulgin AT, Nichols DE. Characterization of three new psychotomimetics. In: The psychopharmacology of hallucinogens (Stillman, RC; Willette, RE, Eds.), 1978 Jan 1 (pp. 74-83). Pergamon.
Tactogen in Conversation with the Community

Tactogen CEO Matthew Baggott, Ph.D. had the opportunity to sit down with journalist Erica Rex to discuss our approach to psychedelic medicine. You can read it here. This follows an appearance Matthew made earlier on the Drug Positive podcast of DanceSafe founder Emanuel Sferios.
MIT Future of Healthcare and Medicine 2021

Conference panel to feature a selection of the most promising startups developing psychedelics as medicines
“The New Frontiers of Psychedelic Medicine” is one of the most highly anticipated panels in the history of the MIT Club of Northern California's annual Future of Healthcare and Medicine conference. To be held on January 27th, 2021, the panel includes representatives from groundbreaking startups such as Compass Pathways, Eleusis Ltd, Journey CoLab, MAPS, and Tactogen Inc.

In the midst of the world’s largest mental health crisis, startups are turning to psychedelic drugs to create new solutions to epidemic-level problems. Just a few years ago, this might have seemed risky, but new scientific findings and urgent unmet market demands have drawn investor money into the emerging sector.

Younger companies are also attracting attention. In October 2020, former YCombinator CEO and AirBnB investor and current CEO of OpenAI, Sam Altman invested $3.0M into Journey CoLabs, a startup developing synthetic mescaline to help treat alcoholism. Eleusis Ltd, fresh from publishing an analysis of the chemical structures that optimize the previously unexpected anti-inflammatory effects of some psychedelics, announced their December acquisition of Kalypso Wellness Centers. After filing over ten provisional patent applications, Tactogen Inc initiated preclinical work with researchers at NIH on serotonin release and reuptake and at Western Michigan on drug discrimination. The “New Frontiers of Psychedelic Medicine” panel will discuss neuropsychiatric medicine innovation before a virtual global audience that includes the most influential biopharma and Sand Hill investors.

Register here to join us on January 27th from 5:30pm - 6:30pm PST to learn about this shift in the future of neuropsychiatric medicine. 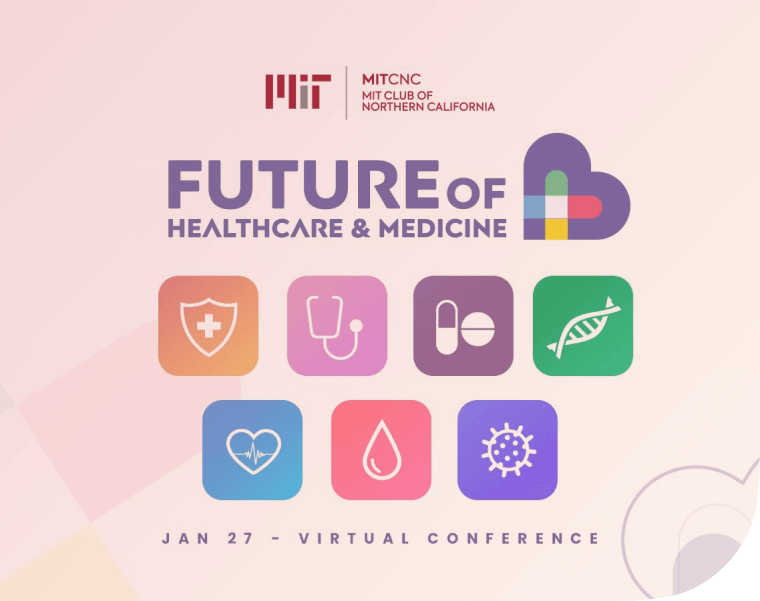 Baggott's presentation noted that realizing the full promise of psychedelics will require integrating knowledge from basic science and underground use. Approximately 300 people have received MDMA in MAPS-sponsored clinical trials, while another 1300 people have received MDMA in basic science studies and tens of millions of people have taken MDMA in unsanctioned experiences. Baggott argued that we will need to integrate knowledge and experiences from these three populations in order to make helpful psychedelic experiences safer and more accessible. Also on the panel, Terence Ching, a PhD student in clinical psychology, shared research findings regarding the efficacy and safety of MDMA-assisted psychotherapy for PTSD across ethnoracial groups, and Devon Christie, M.D., Medical Director at Numinus Wellness Inc, discussed the potential of MDMA for the treatment of chronic pain. Monnica Williams, Ph.D., Associate Professor in the School of Psychology at the University of Ottawa, moderated the panel.
Edited videos of the Forum can be found here.
HOW CAN PSYCHEDELIC MEDICINE COMPANIES SUCCEED?

The cure for the spiritual common cold? On September 25th, 2020, the Toronto-based Noetic Fund hosted Tactogen CEO Matthew Baggott to discuss the promises and perils of the emerging psychedelic medicine industry.

Baggott sees psychedelic medicine as part of the beginning of a revolution in personal development and wellness. The potential markets that will develop around this revolution are so large, he argues, that companies in psychedelic medicine won’t be competing in a classic sense, but will be building a new, interdependent system of wellness in which many companies and organizations will play key roles.

In this special session, Baggott argues that novel CNS molecules can help people contribute to society in healthy ways, creating waves of productivity and harnessing new human capital. He compares the challenges in scaling new and unfamiliar treatment modalities like MDMA-assisted psychotherapy to coming into a country with no dental care and scaling dental care for an entire country (it’s not just about getting enough dentists!).

Baggott's talk is especially optimistic about the room for genuine innovation in the sector, particularly with new molecules. Why? Because there are so many things about how psychedelics work that we still don’t understand. For example: Which psychedelics are good for anti-inflammatory effects? Which support neuroplasticity in the brain? How can we harness these effects for health? What causes the antidepressant effects of psychedelics?

Baggott argues that founders of psychedelic medicine companies that seek to develop new medicines should focus on 3 main strategies: (1) Focus first on the U.S., which represents 70% of profits for pharmaceutical companies and over 40% of all spending on medicines; and (2) Make access central to your mission with particular focus on care delivery costs; and (3) Seek unique value and differentiating factors that let you avoid competing with natural psychedelic experiences.